Why Continuous Deployment and Continuous Monitoring Make a Winning Pair

Manual Monitoring Slows Deployment and Introduces Risk
How often do you update your applications?
“We deploy multiple times per day” seems to be the new badge of honor for DevOps.
But what you don’t often hear about are the problems caused by process acceleration as a result of continuous integration and continuous deployment (CI/CD).

When implementing CI/CD, ANY manual intervention slows down the entire pipeline. You can’t achieve complete CI/CD without automating your monitoring processes (just like you did for integration, testing, and deployment).
Join our experts on October 30 @ 1pm ET to learn how automated continuous monitoring keeps your continuous deployment pipelines flowing smoothly and efficiently. 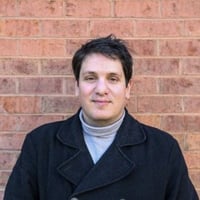 Kevin is a Developer Evangelist at Instana, an APM and container monitoring service provider and speaks internationally on topics including distributed computing, microservices, containers, monitoring, observability, tracing, logging, deployment automation, public speaking, alert fatigue and human ops. He is passionate about sharing knowledge and the experiences gained during his career as an application developer, team leader, and site reliability engineer. He has successful implemented Docker in production utilizing ECS, Docker Swarm/EE, and Kubernetes at multiple organizations over the past 4 years. When he’s not on an airplane Kevin enjoys cycling, camping, hockey and sightseeing.