Migrating to Microservices – It's Easier Than You Think

Moving from a monolithic architecture to a service-based architecture may look like a daunting task.  The good news is it does not need to be. A maturing cloud native tooling market is making it easier to get the job done.

In this webinar, Steve will cover the steps required to move a standard J2EE application from a monolithic architecture to a service based architecture. He will cover tools such as Ngnix, Docker, Kubernetes and DeployHub to manage and configure this new environment.  Anyone with an interest in shifting to microservices will benefit from hearing this "roadmap" presentation. 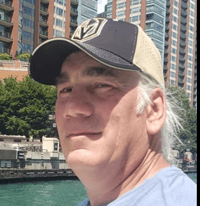 Steve is seen as a visionary and industry leader in the area of software development, DevOps process improvement and software build and release automation. Lets just say he was designing continuous delivery pipelines for Fortune 1000 companies before the term "continuous integration" was ever used.  He is the  master mind behind OpenMake Meister, a build automation solution that has served its customers for over 20 years.  Steve is also the architect of DeployHub, the first microservice sharing platform that also versions and maps microservices and their configurations. Steve is the primary contributor to Ortelius, the open source solution for microservice configuration management.  Steve is expert in all things Kubernetes and Service Mesh.  He is driving the Oretlius feature map to support the new challenges that microservices create, particular to the Kubernetes pipeline.

Prior to DeployHub, Steve was the chief architect and CFO of OpenMake Software where he was committed to keeping the Meister Build automation solution relevant to its’ 400+ customers, as well as  keeping the company’s financials sound and without the need for outside investment.  Steve leads a lean team of software developers that can achieve more than most large teams.