DevSecOps : Finding the Adversaries in our Midst

Security’s function is to keep the bad guys out. Better development and testing practices have led to improved attack prevention, but too often breaches occur from attacks outside industry standard top ten lists.

Well, what if we could find out the top ten vectors that bad guys actually attack rather than the ones we presume they do?

Join Shannon Lietz, DevSecOps Leader at Intuit and James Wickett, Head of Research at Signal Sciences, as they discuss how you can get greater visibility into both how and where you’re being attacked, then use that visibility to build, create, secure, and deploy sites that protect what your business actually cares about.

Shannon Lietz is an award winning innovator with over two decades of experience pursuing advanced security defenses and next generation security solutions.  Ms. Lietz is currently the DevSecOps Leader for Intuit where she is responsible for setting and driving the company’s DevSecOps and cloud security strategy, roadmap and implementation in support of corporate innovation.  She operates a 24x7 DevSecOps team that specializes in Adversary Management.  Prior to joining Intuit, Ms. Lietz worked for ServiceNow where she was responsible for the cloud security engineering efforts and Sony where she drove the implementation of a new secure data center.  Ms. Lietz has significant experience leading crisis management large-scale security breaches and restoration of services for several Fortune 500 companies.  She has previous experience as a founder a metrics company, leading major initiatives for hosting providers as a Master Security Architect, developing security software and consulting for many Fortune 500 companies globally.  Ms. Lietz is an IANS faculty member and holds a Bachelors of Science degree in Biological Sciences from Mount St. Mary’s College. 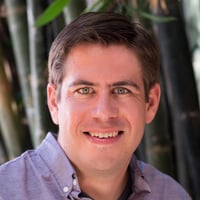 James spends a lot of time at the intersection of the DevOps and Security communities. He works as Head of Research at Signal Sciences and is a supporter of the Rugged Software and Rugged DevOps movements. Seeing the gap in software testing, James founded an open source project, Gauntlt, to serve as a Rugged Testing Framework. He is the author of several security and DevOps courses on Lynda.com and LinkedIn Learning, including: DevOps Fundamentals, Infrastructure Automation, Security Testing, Continuous Delivery, and Site Reliability Engineering.

He got his start in technology when he founded a startup as a student at University of Oklahoma and since then has worked in environments ranging from large, web-scale enterprises to small, rapid-growth startups. He is a dynamic speaker on topics in DevOps, InfoSec, cloud security, security testing, Rugged DevOps and serverless.

James is the creator and founder of the Lonestar Application Security Conference which is the largest annual security conference in Austin, TX. He also runs DevOps Days Austin and previously served on the global DevOps Days board. He also holds several security certifications including CISSP and GWAPT.

In his spare time he is trying to learn how to make a perfect BBQ brisket.