Join leaders from RedMonk, Datical and Delphix as they share the key DevOps and DataOps practices every application developer should know to treat database code just like app code.

Based in Portland, Maine, his job is to help developers and help companies understand developers better. He focuses on infrastructure software such as programming languages, operating systems and databases, as well as covering horizontal industry trends such as open source and cloud computing. Stephen is also a regular contributor to GearMonk, the RedMonk blog reviewing the latest gear.

Before founding RedMonk, Stephen worked as an industry analyst at Illuminata. Prior to that, Stephen served in various senior capacities with large systems integrators and boutique consultancies. He is the author of “The New Kingmakers” and “The Software Paradox” and is regularly cited in publications such as the New York Times, BusinessWeek and the Boston Globe. He was born and raised a Red Sox fan, earned a BA in History from Williams College and has over 8K followers on Twitter (@sogrady). 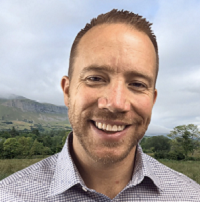 Adam is a passionate leader with over 15 years of experience in technical, sales, charitable organization, and senior leadership roles. As the Sr. Director and Global Practice Lead, DevOps and Cloud, my focus is on representing the oCTO in international markets, expanding the DataOps ecosystem, evaluating technology partnerships, and of course researching and prototyping new technology. The majority of my time is spent working with other thought leaders in the Global F100 to eliminate key business constraints through people, process, and technology.

His background is in DataOps, DevOps, TDM, Cloud, and Security for the US government and global financial powers. Adam routinely speak at events about these topics with other industry visionaries and publish blogs posts and articles on these subjects frequently. He was recently commissioned as a Kentucky Colonel in recognition of his commitments to public service and charitable works.

Robert Reeves is the Chief Technical Officer at Datical. He has over 17 years of experience in the software industry and has been instrumental in creating a variety of marketing leading DevOps solutions over the past 15 years.  Prior to co-founding Datical, Robert was a director at the Austin Technology Incubator where he provided real world entrepreneurial expertise to member companies. In 2005 Robert co-founded Phurnace Software where he invented and created their flagship product, Phurnace Deliver. Today Robert advocates for Datical’s customers and spreads the word about how Datical is leading the way for modernization and improvement of the database release process to remove this as a barrier to delivering new application innovation.

* $50 Amazon gift card! REGISTER AND ATTEND THIS ENTIRE WEBINAR AND 3 PEOPLE HAVE THE CHANCE TO WIN A $50 AMAZON GIFT CARD  RIGHT ON THE SPOT!

This Campaign is open only to those who register for and attend the entire webinar. Employees of MediaOps and webinar sponsor(s)], its affiliates, subsidiaries, advertising and promotion agencies, and suppliers, (collectively the “Employees”), and immediate family members and/or those living in the same household of Employees are not eligible to participate in the Campaign. The Campaign is subject to all applicable laws and regulations. Void where prohibited. The Winner(s) of the Campaign will receive a $50 Amazon gift card which will be provided by MediaOps. Winners will be selected by the webinar moderator at the conclusion of the event and announced live at that time. You must be an attendee at the time of the drawing to win.  No purchase is necessary. It is agreed that MediaOps has permission to use your name as a winner in promotional efforts and social media.